Listen in as Nick, Chris and Luke interview the stars of the new media world. 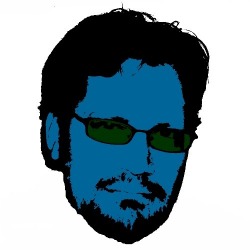 Tony is the host and producer of the Pollyanna Cow Girl Records Podcast.  Tony is one of those artsy guys...you know, he thinks and acts like he's a poet, podcaster, a musician, a singer and songwriter, a writer, an empathetic observer of life...and it's true, he can't help himself.  It's how he interprets the world.  How else do you explain over 100 CD releases and 5 poetry books.

Tony was interviewed on Episode 44, the guys discuss Tony’s passion for music from his childhood, vinyl music, the early days of songwriting, the process of creating music and his latest charity CD ‘Songs for Jenny’. 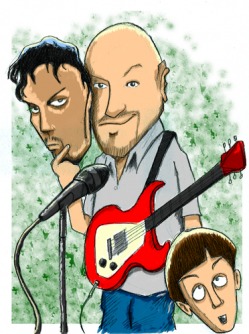 Brian Ibbott is the host and producer of ‘Coverville’, ‘Lyrics Undercover’, ‘Not Lame Podcast’, ‘Today in Music History’, ‘Coverville’s Musically Challenged’, ‘Tired Thumbs’ and ‘TPN: The Wii Show’.  Brian’s podcasts have been nominated and won numerous awards, his first podcast ‘Coverville’ is now in its 620th episode, an incredible statement for any podcast to be able to make.  Last year ‘Coverville’ celebrated its 500th episode with a concert in Las Vegas, it has now begun its own spin-off music quiz podcast ‘Musically Challenged’.

Brian is interviewed on Episode 46, he talks to Chris about everything, from being plugged on the Daily Source Code to his opinion on John Candy and Chris Farley.   He discusses the start of his podcast career, his first memories of music from his childhood, the Coverville 500 concert, his day-to-day scheduling of podcasting and much more. 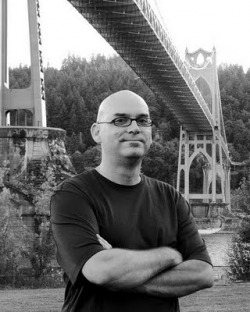 Joel Gunz blog ;‘The Hitchcock Geek,’ has been visited by thousands of people all around the world, some are Hitchcock fans and others are Hitchcock experts, who they themselves find Joel’s film analysis of a very high standard.

“This guy knows what he’s talking about when it comes to Hitchcock.” – Dan Mecca, co-founder, The Film Stage

Joel was interviewed in Episode 51, he discusses everything about filmmaker Alfred Hitchcock, from his famous cameos to his voyeuristic tendencies in his filmmaking style.  Joel believes that ‘Hitch’ will go down in history as the Shakespeare of the 20th Century…and after this interview you will find it hard to disagree. 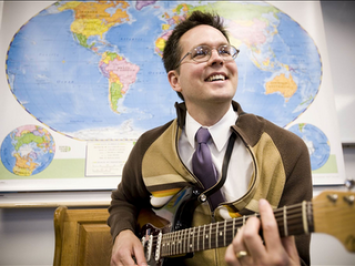 Lamar discusses his developing passion for music, from being a young boy writing his favourite lyrics beside the family radio to writing about the ‘pretty girl in class’.  Lamar is on Episode 57 confessing his love of musical theatre, his previous work, his classroom pop album and about the musical he’s in the process of scripting.  Lamar's latest album is an autobiographical pop musical entitled 'Confessions of a College Student', the album has received much praise:

“Utah native Lamar Holley emerges like a bolt out of the blue, and it's clear he has a love of Broadway...Confessions…is like the soundtrack to an uber-nerd musical, on par with Paul Steele's "April & I," only at a higher grade level.” - Powerpopaholic .com
10/10

“One of these days, I'm going to compile a "United States of Power Pop" that references power pop artists in each state of the country. Off the top of my head, I can think of several states that are unrepresented, but I can now cross Utah off the list thanks to SLC's Lamar Holley.”-    Absolute Powerpop 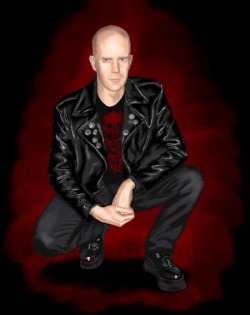 James Perry is a multi-instrumentalist, singer, and songwriter based in the San Francisco Bay Area. He has been writing and performing music for most of his life on his own and with a variety of musical projects.

On Episode 59 Chris and Nick talk to James about his new album ‘Now You’re Gone’, James discusses making his first music video to his track ‘Waiting’, he also discusses the creative process of writing and recording the album as well as previous projects including his Heavy Metal Food Album.

James’ album is currently on sale on iTunes and CDBaby, infact from now till February 8th, James is donating his profits from CDBaby to the Haiti Fund.  Donate to CDBaby: http://www.cdbaby.com/cd/jamesperry

“The tenor of Perry’s “Now You’re Gone” is also intimate and personal. It makes us feel that we are not alone in our struggles during this time of distress, stress, and anxiety.” - Maria Campbell, Gothic Goddess Media 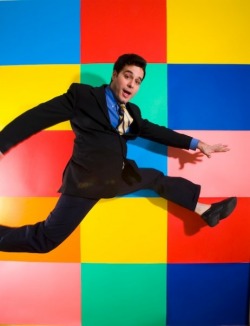 Matt Adams is a short filmmaker and Senior Agent and Editor of ‘Improv Everywhere’ which is a comedic performance act that spends its time creating scenes in public. The group was formed in 2001 by Charlie Todd and Matt Adams has been their from the start, in Episode 62 he gives much detail of some of the fascinating ‘missions’ his agents have been involved in.  The prank collective have performed many missions, some highlighted in this show.  Matt discusses how they collective have performed live musicals in real-life scenarios (grocery store, food court etc.) as well as creating a time loop in a Starbucks coffee store and an annual ‘No Pants’ subway train ride.

Matt also discusses his own love of film and parody, including his Babbelgum award nominee ‘What is Tragedy?’  In which Matt took to the streets of Brooklyn to find out the public’s definition of a ‘tragedy’. 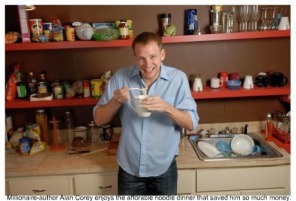 At twenty-two, Alan Corey left his mom's basement in Atlanta and moved to New York City with one goal in mind: to become a millionaire by the time he was thirty. His parents and friends laughed, but six years later they were all celebrating his prosperous accomplishment–at a bar Corey owned in one of Brooklyn's hippest neighborhoods.

No, Corey didn't climb the corporate ladder to build his fortune. In fact, he worked the same entry-level 9-to-5 job for six years straight. But by pinching his pennies and making sound investments, he watched a pittance blossom into a seven-digit bank account. In A Million Bucks by 30, Corey recounts his rags-to-riches journey and shares his secrets to success.  Alan is interviewed in Episode 64. 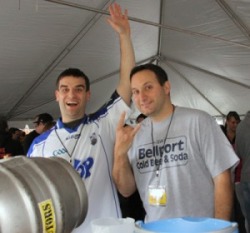 Mike, Jay and Art are the hosts of Masters of None podcast, their show is off the chain.
Former radio guys Mike, Art & Jay debate and answer mankind’s most important questions each week on Masters Of None.

Along the way you’ll encounter unsustainable amounts of movie quotes, horribly tasteless jokes, TV references, offensive comments, old radio bits, biting insults, tall tales, unsportsmanlike conduct, raping and pillaging of all things pop culture. It’s a comedy podcast that doesn’t suck. Come on in, the water’s tepid.  The guys are interviewed in Episode 71, so find out how they got started and listen to great banter with a round of 'Would You Rather?' 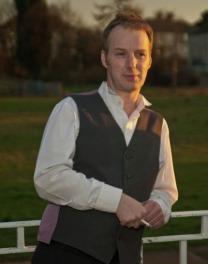 Presenter of 'What's The Point?' and actor Ross Owen is celebrating the 10 year anniversary of Band of Brothers.  In Episode 77 Peter, Chris and Nick meet Ross Owen, who is currently getting collecting BOB cast members together for special interviews looking back at filming experience and more.Ross has teamed with Black Sky Radio to get candid comments from the cast, and on this episode you can hear those experiences from actors James Madio (Sgt. Frank Perconte), Dexter Fletcher (SSgt. John Martin) and Shane Taylor (Cpl. Eugene Roe).

Ross talks all things Band of Brothers, even Laurel and Hardy.We learn about the boot camp that the actors trained at before filming, as well as Dexter sharing stories of David Schwimmer and a game of poker, James talks of his experience talking to veteran Sgt. Perconte and Shane discusses the episode Bastogne.  Ross is also a former magician and co-founder of the Laurel and Hardy Forum, which is the biggest online resource on all things Laurel and Hardy. 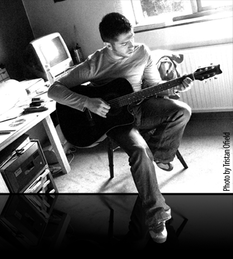 A singer/songwriter and podcaster Craig Bevan was runner up for the Pop Crown competition in 2010, he also appeared on Episode 80. Originally hailing from the small town of Sandbach in rural Cheshire, Craig has always been amongst the arts, and therefore thrives on the creative. As well as writing and regularly performing his own songs, Craig has been co-presenting Movies You Should See since the birth of Simply Syndicated, and now also presents his own quirky little complimentary show, Craig Bevan’s: Movie Minutes. 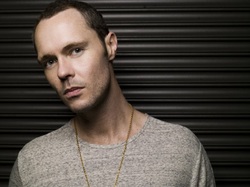 Imagine the power of Motown-inspired songwriting, combined with an international pop appeal.  With the release of the new album from Glasgow-born David John, we experience artistry at its best.

Before breaking ground with his new project in the studio, David performed in pop group 'Right Now' using his Scottish routes, pulsating beats and high energy he captures a U.S. swagger.  On Episode 84 he pops in for a chat, discussing everything from touring with 50 Cent to his American management.  So download David's interview and listen to some of his best tracks!